President Salih received call phones from a number of fraternal States’ leaders on the advent of the occasion of Eid al-Fitr.
During the phone conversations with the Custodian of the Two Holy Mosques King Salman bin Abdulaziz Al Saud, His Highness the Amir of the State of Kuwait, Sheikh Sabah Al-Ahmad Al-Jaber Al-Sabah, His Highness Sheikh Tamim Bin Hamad Bin Khalifa Al-Thani the Amir of State of Qatar, His Majesty King Hamad bin Issa Al Khalifa of the Kingdom of Bahrain and Palestinian President Mahmoud Abbas, His Excellency Salih expressed most sincere congratulations, wishing them good health and happiness, and extended a message to the fraternal and friendly peoples, wishing them progress and prosperity.
Furthermore, he asked the Almighty Allah to bring back this occasion to the Muslims with all the graces, blessings and stability and to avoid us and humankind as a whole the disease and epidemic.
The heads of fraternal and friendly states expressed their sincere congratulations to President Salih, and wished him all the best on the advent of the occasion of Eid al-Fitr.
The leaders asked Allah to keep away all harm and evil from Iraqis, and to grant them well-being and prosperity.
The development of bilateral relations as well as strengthening of cooperation in a way which would serve the common interest and prevail peace, security and stability in the region were also discussed. 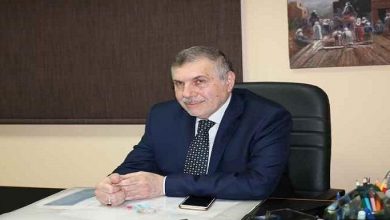 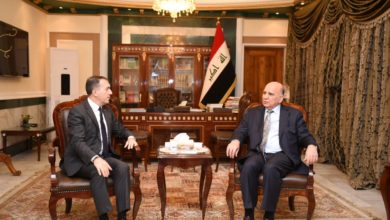